Welcome to Fantabulous Cricut Challenge Blog! Cricut enthusiasts come share your projects with us. Twice monthly we offer simple challenges for your chance to win! No matter which size Cricut machine you have, come join the fun.

Holly here with another Thursday Tutorial.    This week I'm sharing a video tutorial, actually 2 video's from Kimberly over at   My Craft Spot.

You guys know Kimberly and if you don't you really need to!  She's always making great projects and tutorials.  I wanted to share a recent video she posted using Tags, Bag, Boxes and More 2.


When TBBM2 first came out, I quickly jumped on the Cricut Bandwagon to purchase it.  I then came to find out that it would of been alot more helpful if  I would of purchased the scoring blade along with the cartridge   Cha-Ching....back to ebay I went to buy the scoring blade.

I have to mention that in my quick jump to purchase TBBM2, I've only made one project from it.   I did purchase the scoring blade and tried to use it for another project that I really messed up.  The whole project was a big mess since I didn't know what I was doing with the tool and I was trying to use  my Gypsy and blah, blah blah....the score blade was thrown in a drawer and it would be been really helpful if I had Kimberly's scoring video back then.

Like most of the tutorial's I bring you each week, I like to give them a try myself but thanks to Mr. Strep Throat and Ms. Ear Infection running ramped though my house this week, I didn't have the time....Sigh.   Anyways, we're all on the mend here, the crafting block has been lifted so next week I hope to have a project to share.

I hope you take the time to head over to  My Craft Spot to check out more of Kimberly's projects.

Thank you for taking the time to share your comments. We hope you were inspired today. Please note: all posts are monitored and show up after approved. 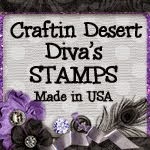